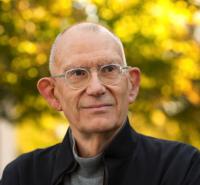 Professor Scanlon received his B.A. from Princeton and his Ph.D. from Harvard. In between, he studied for a year at Oxford as a Fulbright Fellow. He taught for many years at Princeton before taking up a position at Harvard in 1984. His dissertation and some of his first papers were in mathematical logic, where his main concern was in proof theory, but he soon made his name in ethics and political philosophy, where he developed a version of contractualism in the line of John Rawls, Immanuel Kant, and Jean-Jacques Rousseau. Professor Scanlon has also published important work on freedom of speech, equality, tolerance, foundations of contract law, human rights, conceptions of welfare, theories of justice, as well as on foundational questions in moral theory. His books include What We Owe to Each Other (Harvard University Press, 1998) and The Difficulty of Tolerance (Cambridge University Press, 2003). Other recent publications include Moral Dimensions: Permissibility, Meaning, Blame, published by Harvard University Press in September 2008. 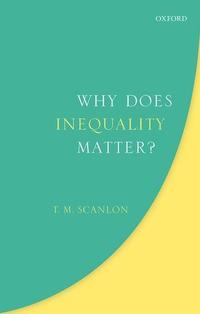 "[A] densely packed and succinctly written book which is analytical political philosophy at its best: clear, rigorous, and admirably sharp. It's also pitched at just the right level of abstraction; no one who reads it could fail to appreciate how Scanlon is troubled by the sheer extent of inequality in the United States, and there are suggestions of policy positions, for example dispersal of media ownership. ... anyone remotely interested in egalitarianism will find much to reward them in this outstanding book." - Jonathan Seglow, Ethical Theory and Moral Practice