Bad Beliefs: Why They Happen to Good People 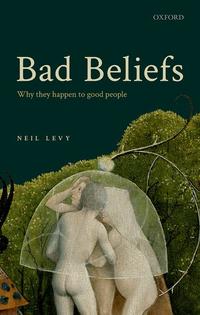 Bad Beliefs: Why They Happen to Good People, by Neil Levy

Bad beliefs - beliefs that blatantly conflict with easily available evidence - are common. Large minorities of people hold that vaccines are dangerous or accept bizarre conspiracy theories, for instance. The prevalence of bad beliefs may be politically and socially important, for instance blocking effective action on climate change. Explaining why people accept bad beliefs and what can be done to make them more responsive to evidence is therefore an important project.

A common view is that bad beliefs are largely explained by widespread irrationality. This book argues that ordinary people are rational agents, and their beliefs are the result of their rational response to the evidence they're presented with. We thought they were responding badly to evidence, because we focused on the first-order evidence alone: the evidence that directly bears on the truth of claims. We neglected the higher-order evidence, in particular evidence about who can be trusted and what sources are reliable. Once we recognize how ubiquitous higher-order evidence is, we can see that belief formation is by and large rational. 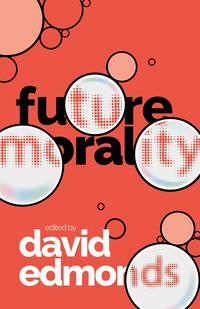 The world is changing so fast that it's hard to know how to think about what we ought to do. We barely have time to reflect on how scientific advances will affect our lives before they're upon us. New kinds of dilemma are springing up. Can robots be held responsible for their actions? Will artificial intelligence be able to predict criminal activity? Is the future gender-fluid? Should we strive to become post-human? Should we use drugs to improve our intimate relationships — or to reduce crime? Our intuitions about questions like these are often both weak and confused.

David Edmonds has put together a philosophical task force to get to grips with these challenges. Twenty-nine philosophers present provocative and engaging pieces about aspects of life today, and life tomorrow — birth and death, health and medicine, brain and body, personal relationships, wrongdoing and justice, the internet, animals, and the environment. The future won't look the same when you've finished this book.

"In this wide-ranging anthology, philosopher Edmonds... brings together some of the brightest minds in philosophy and ethics to discuss the future... This comprehensive overview of looming ethical issues goes a long way toward equipping readers with the tools to work out their own answers to sticky questions." - Publisher's Weekly 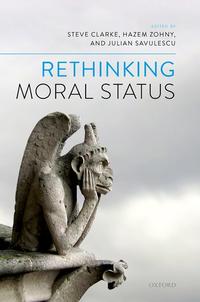 Common-sense morality implicitly assumes that reasonably clear distinctions can be drawn between the "full" moral status that is usually attributed to ordinary adult humans, the partial moral status attributed to non-human animals, and the absence of moral status, which is usually ascribed to machines and other artifacts. These implicit assumptions have long been challenged, and are now coming under further scrutiny as there are beings we have recently become able to create, as well as beings that we may soon be able to create, which blur the distinctions between human, non-human animal, and non-biological beings. These beings include non-human chimeras, cyborgs, human brain organoids, post-humans, and human minds that have been uploaded into computers and onto the internet and artificial intelligence. It is far from clear what moral status we should attribute to any of these beings.

There are a number of ways we could respond to the new challenges these technological developments raise: we might revise our ordinary assumptions about what is needed for a being to possess full moral status, or reject the assumption that there is a sharp distinction between full and partial moral status. This volume explores such responses, and provides a forum for philosophical reflection about ordinary presuppositions and intuitions about moral status.